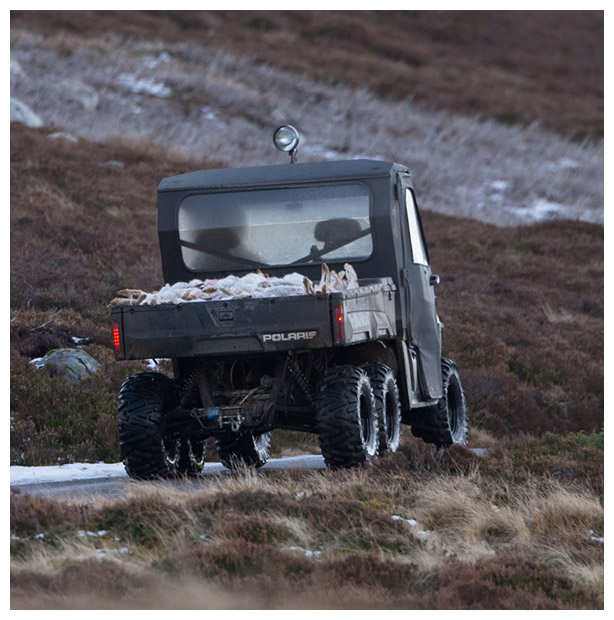 As with any form of media that causes controversy, my image of an ATV filled with dead mountain hares is no different, and has already fuelled some rumours out there, that I feel ought to be stopped in their tracks now.

In order to clarify the situation, here are the facts:

My tweet asked the question: "Is it really necessary?"

I know that hare culls are indeed necessary in some locations, and when their numbers are too great (though wouldn't it be lovely if perhaps eagles were allowed to manage such populations?). The reason I asked it here was because I hadn't seen a single hare on that estate during visits in January and February 2017. In my opinion, the estate was lacking hares, so to see them being culled begged that question.

I have had a great deal of supportive messages via social media, and for them I am grateful. I have also had some abuse (and I expect more of it) and attempts to get me involved in debate. I will ignore all such comments, so don't waste your time. I am leaving the arguments and debates over this issue to those with greater knowledge and all the facts.