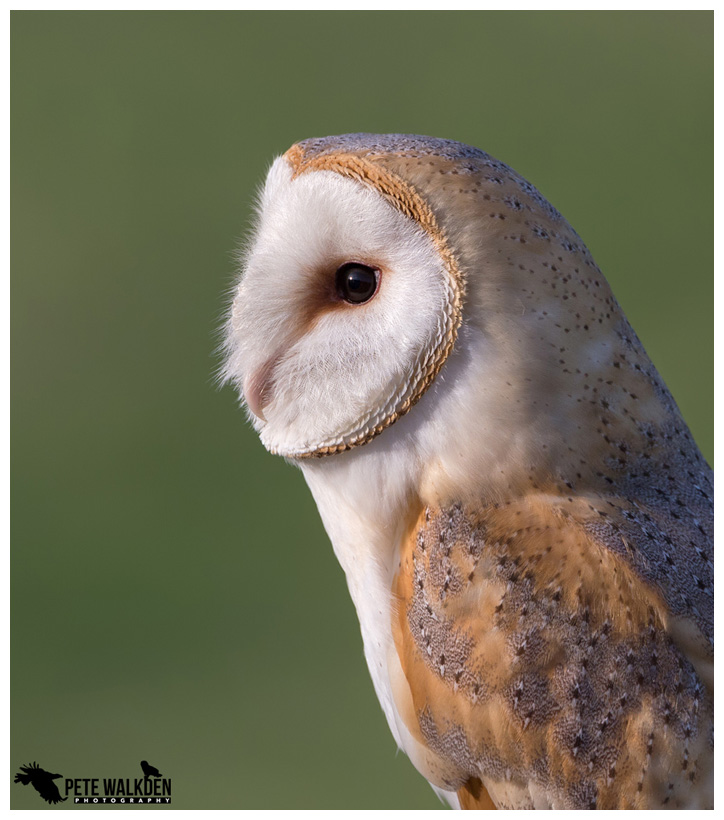 I had a feeling that the trip to North Norfolk might provide the image for April, and it did so in some style, with a barn owl from an incredibly close encounter.

After locating and tracking a pair of barn owls one afternoon early in the stay, I spent a considerable amount of time each morning and evening at the site, hoping to get some images. With several lines of fence posts in the fields, I really wanted to get some decent perched shots of the owls, but never in my dreams did I think I would get such a close view.

Just by wearing some camo, keeping very still and quiet, and masking my shape against a hedge, I effectively disappeared, and the owls went about their hunting pretty much oblivious of me being there, sometimes flying so close to me, I wondered if they might use me as a perch!

Then one sunny morning, one of the owls started to perch on the fence line leading to where I was hiding, and after posing for what I considered to be close views, flew even closer, and posed for a few proper portrait images. Of course when it was that close, the click of the camera's shutter alerted the owl to something being nearby, and it flew away.

But by then I had a few remarkably close images of a perched barn owl, and a grin from ear to ear.

This, along with several more barn owl images from Norfolk are now available for purchase from my Online Shop.