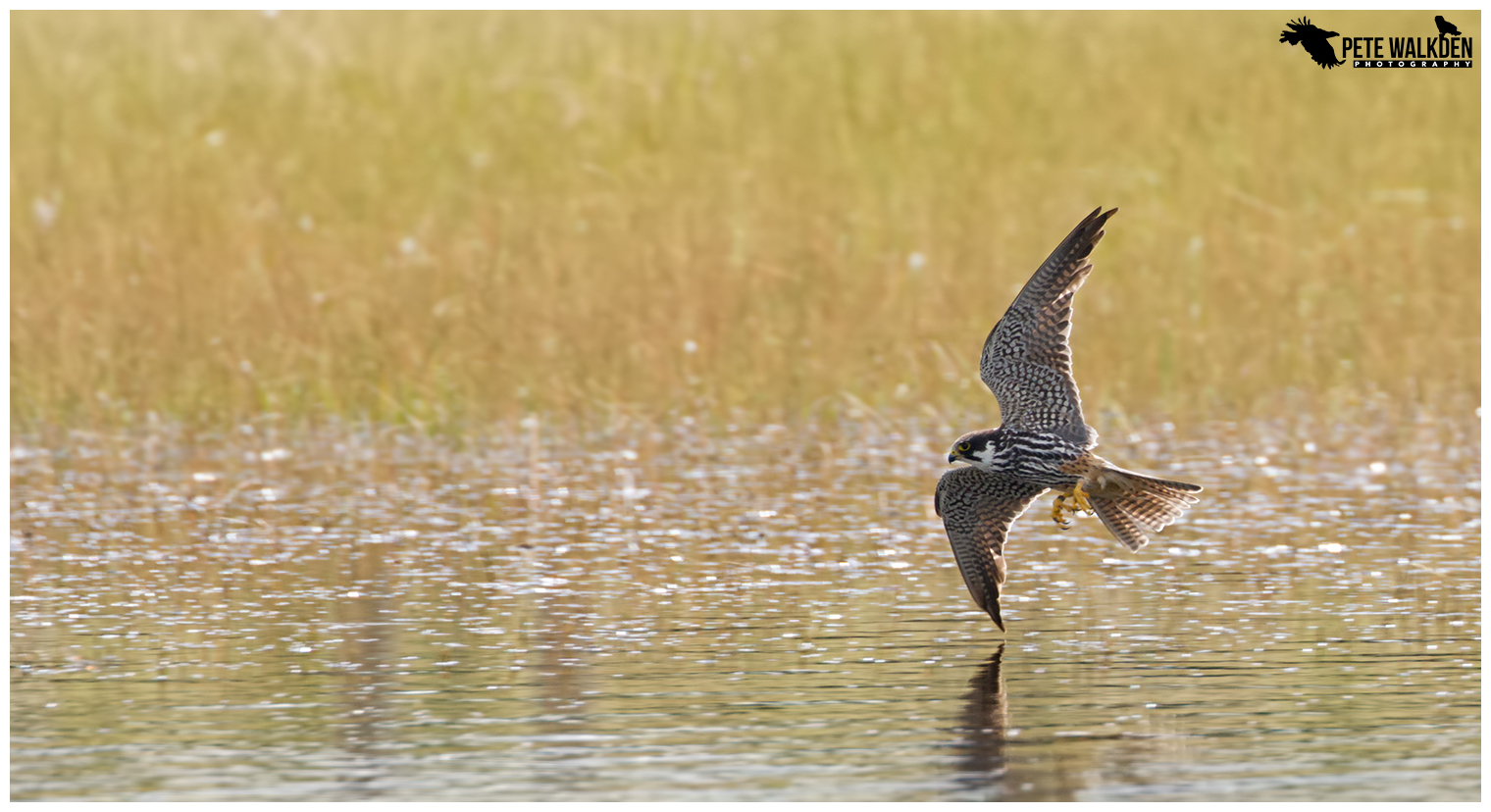 Hobby skimming over a lake

When the Canon 7d appeared on the market many years ago, it was seen as something of a game-changer for consumer photographers, as it offered decent noise control at higher ISOs than previous models had shown. As is often the case, the hype led to people buying them believing it would compare to the professional bodies of the era, and it simply couldn't. And as a result of such ludicrous comparisons, it was eventually seen as a bit of a duff camera.

Back in 2012 I had one, and it was my main camera. I had a 50d as a back-up, and while the old model offered great clarity, I preferred the 7d for its shutter speed and focusing ability.

It was August and I had heard through the grapevine that a juvenile hobby was hunting insects over the lakes at Grimley mid-morning most days. I headed over for a look. Sure enough, it was zipping around, over the water catching dragonflies and damselflies, on the wing. Awesome to watch.

I rigged my tripod up, had my 7d on the back of my 500mm f4 with the 1.4 teleconvertor on too. Then it was a case of trying to track the hobby as it hurtled down from the sky, and skimmed over the water to catch its prey.

Now I remember that morning, there was another photographer that wandered past and saw what I was doing, and commented that I had "no chance of capturing it with just the 7d" but wished me good luck in trying.

The shot featured here proves him wrong. The 7d was (and still is) a decent camera, and in the right light, with the right person using it, could capture some amazing images. It was no 1d camera, but was never meant to be one. For most folks, me included back then, it did the job, perfectly well.