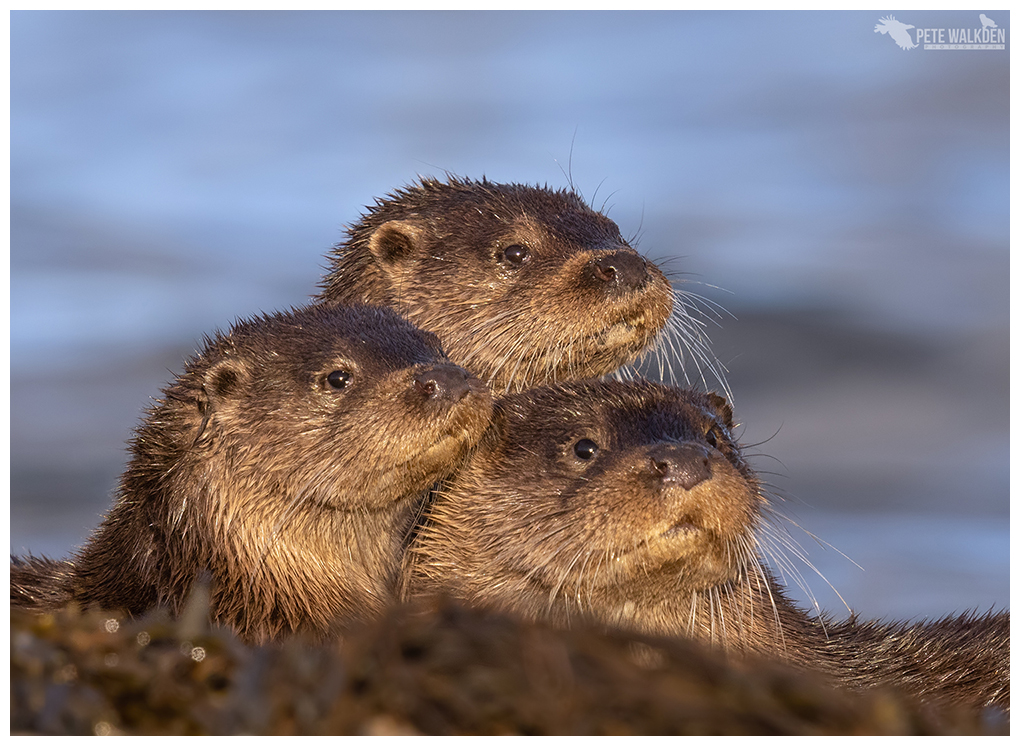 January was an interesting month mainly because BBC's Winterwatch were featuring Mull, and I happened to bump into and spend time with one of the cameramen working on the show. They also featured one of my images, a couple from a client of mine, and were supposed to be showing another but the piece was sadly never shown due to the fluid nature of the programme.

My first full January was quiet though, in terms of workshops, which surprises me as Mull has very few visitors and virtually everytime I went out looking for otters, I found them. And had them to myself.

The image chosen for the month comes from a chance encounter, and one that amused me in that I'd just spoken with friends who'd been out looking for wildlife, found very little, and had joked to me that I'd probably see everything once they'd left. Literally a mile down the road, I spotted the splash from an otter's tale as it dived, and I was soon out of the car, and down on the shoreline watching a family of mum and her two cubs.

After catching food for both cubs, and then trying to get some sleep, she was joined by her two cubs, and as they rolled around together, a noisy vehicle clattered by, and all three sat up to watch, forming this pyramid of otters.

It can be frustrating at times, when watching groups of otters, that they almost never seem to be all looking in the right direction for a shot showing their faces, but in this instance, they all watched in unison, and I knew instantly I'd captured a fabulous scene. And a no-brainer for Image Of The Month.