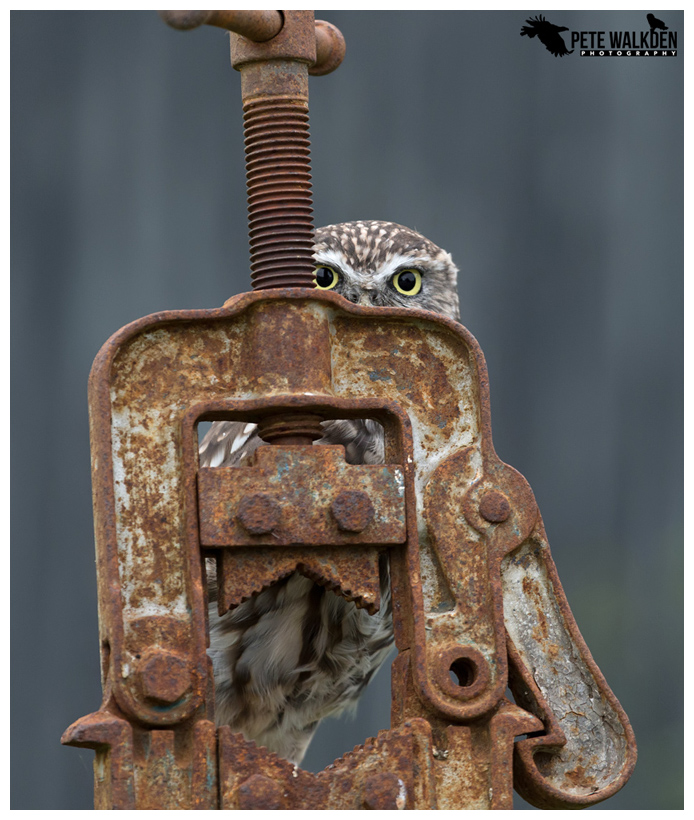 After a busy few months, especially with the little owls, October has been rather quiet, though I did spend a week away in Pembrokeshire at the start of the month. Whenever possible though, I have been visiting the workshop site, and as with last year, this month saw the departure of the two surviving young owls.

It's hard not to become attached emotionally to the owlets, when seeing them as frequently as I do each season, so when it's time for them to spread their wings and find a new territory, I feel somewhat empty when they leave, and the farm definitely seems to be quieter.

The image for October is of one of the adults, probably the male as it has been he who has been around for much of the time I returned to see the family, and is a reminder that even when the youngsters aren't around, the cheeky, inquisitive nature of the adults can yield a great image.