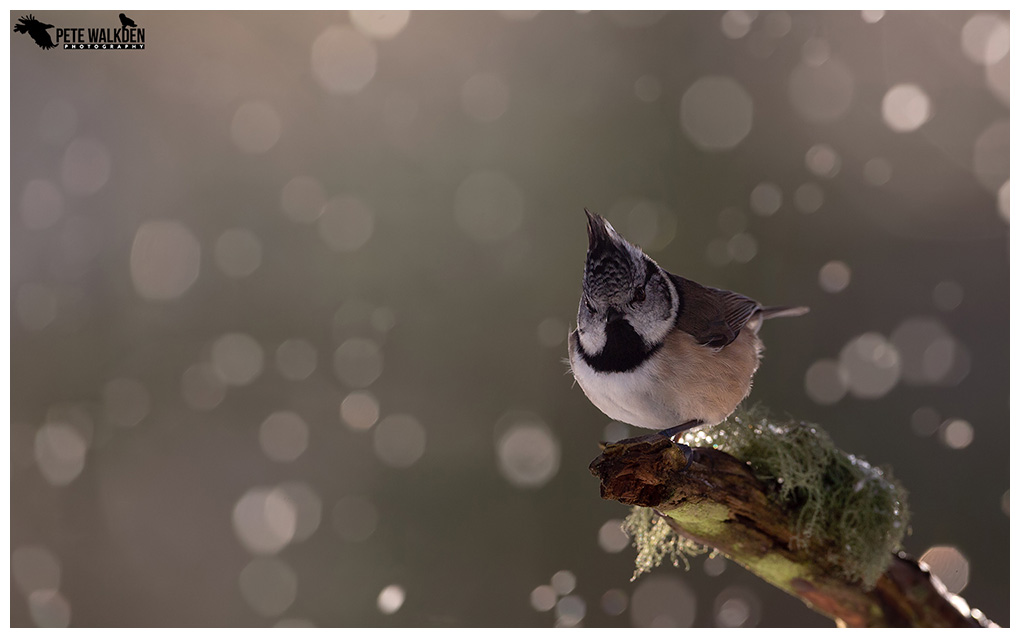 Last February saw temperatures that didn't befit the season, and as such, crested tits that would normally be visiting peanut feeders for food, were picking off insects that had continued to hatch through the winter months.

This was bad for workshops, as they remained in the canopy of the woodland.

Thankfully this winter has seen cold weather, and these charismatic birds were feeding from what we'd put out virtually all the time we watched them, which was wonderful for us and our clients.

Whilst watching them feed on one afternoon, I noticed some of the snow that had fallen earlier in the day, was cascading down from the trees as it melted, and with some natural light, being lit up behind where the birds were feeding. It looked magical.

All I needed to do was to get such a "fall" of snow to coincide with when a crested tit would perch up, waiting for a turn on the feeder...

Luck was on my side!