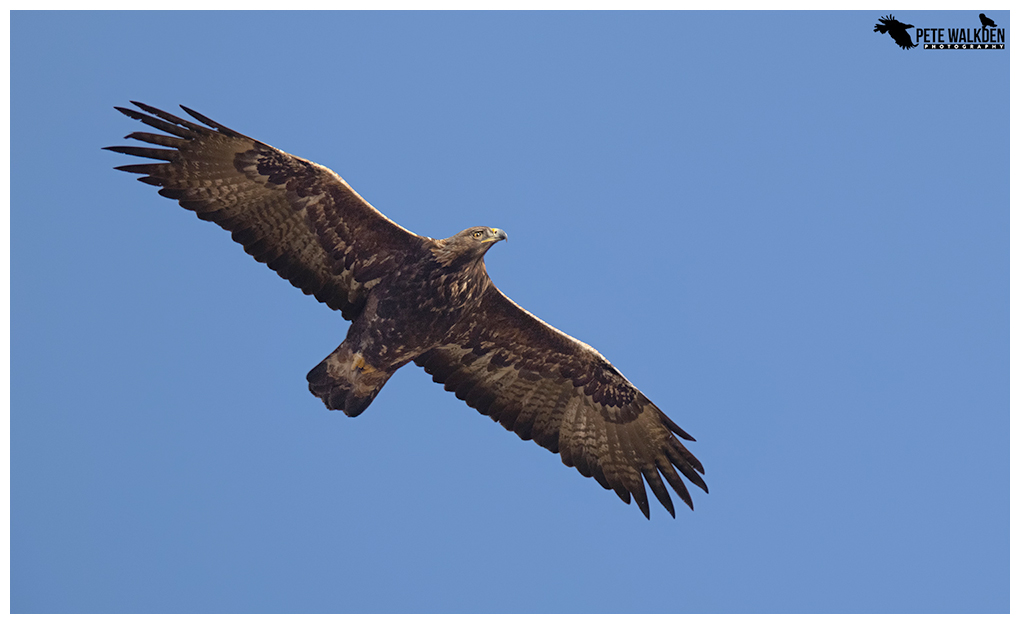 There are many reasons why I moved to Mull, and one of them is the abundance of birds of prey here.

Even so, encounters with golden eagles are something to be treasured, and in all the years I've been visiting here, I've only had one really close one. That was nearly ten years ago with Dad, and it sticks in my memory like it happened yesterday.

After walking Arnold on Calgary Beach, I thought it might be nice to take the cliff route home, and whilst driving up the moors, I spotted a large bird circling ahead. We parked for a moment to look through our binoculars.

It flew off, over the hills, so we followed. On relocating it, I was a bit miffed that it was flying fairly close, but right against the sun, so I'd have no chance of a decent image. Then Rob saw another one, and alerted me to it.

From the other side of the glen, in beautiful light, flew a second golden eagle, and that went right over us. Fantastic.

It then circled around, I think seeing off the other eagle from its territory, before sailing away over the hills towards the sea.

I know that Rob isn't as excited about wildlife as I am, but even he was left buzzing by the encounter.

So it has to be one of the images taken that moment that takes the Image Of The Month prize.