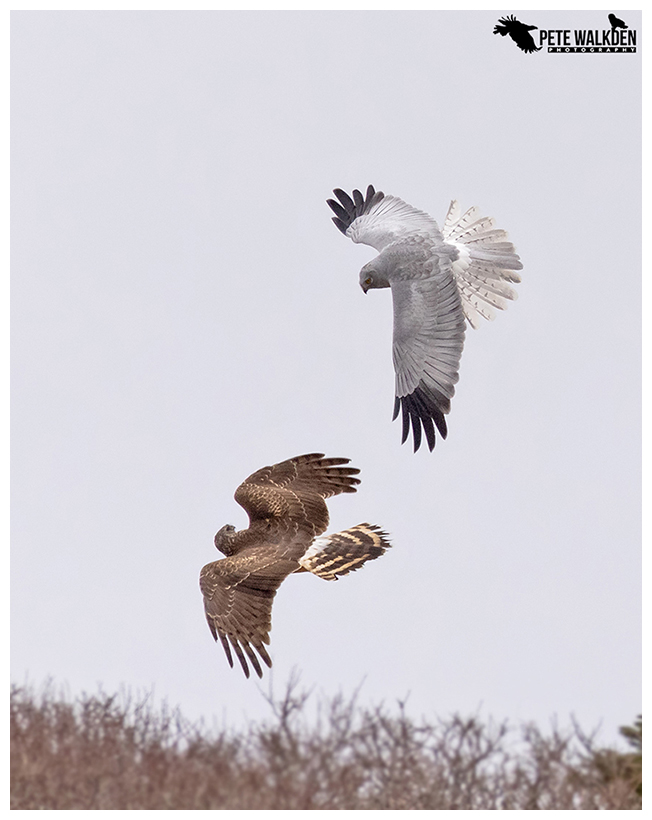 March is generally a quiet month for watching otters, as it suffers from what's known as "frogging fortnight". This is a period of time, usually roughly two weeks, where the otters don't bother coming down from their holts in the hills, to feed in the lochs, preferring to gorge themselves on the frogs attempting to spawn in the pools up there.

What March is good for, is watching birds of prey, and I've enjoyed two remarkable sights this month.

On one afternoon, I sat watching a pair of golden eagles hunting together along a ridge in the hills of Mull, sometimes so closely together, they appeared to be touching wings. That was fantastic to see.

But the image of the month comes from a couple of days when I spent hours out on the hills, waiting and eventually watching hen harriers perform their sky-dance.

This is where the male pursues the female in the air, then performs wonderful swoops, climbing high up, then diving down, repeatedly. She will sometimes flip upside-down as if doing a "food pass" when they are close.

I managed to witness several dances between at least two pairs of harriers. One of the most beautiful sights for a bird of prey fan to see in the UK.

Hence the image is from one of these shows, and of the pair (male at the top) as they drifted close together near the top of a hill, and for me captures the beauty of these (sadly) rare raptors.