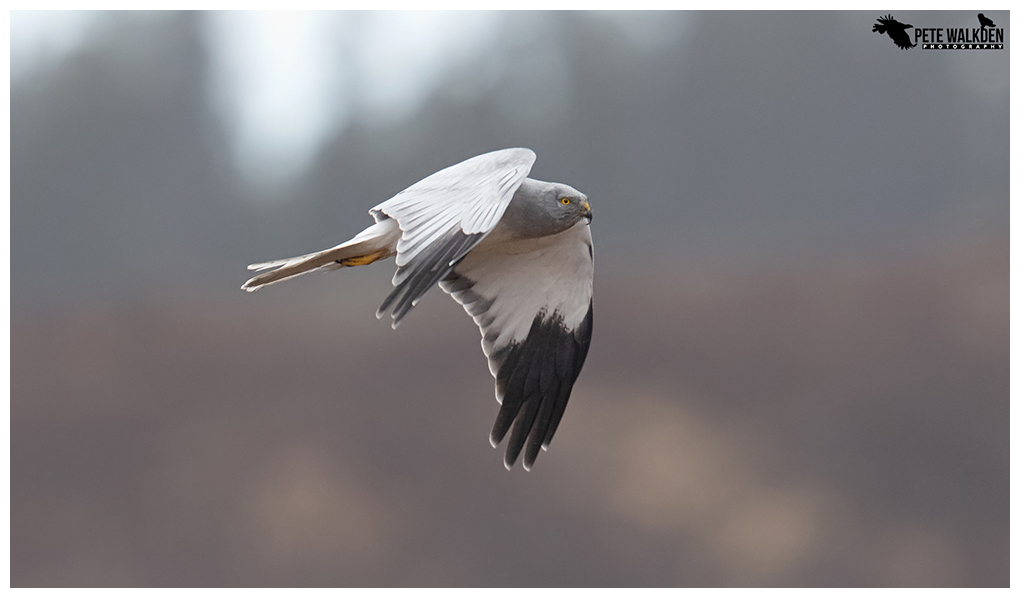 One of the things I am really enjoying about living here on Mull, is building a new mental database of places to head to, for photographing wildlife. Some species are resident, and some are arriving here for breeding during the warmer months. With spring arriving a bit later up here, it's all new and somewhat magical to immerse myself in.

After watching the sky dances between pairs of hen harriers back in March, I soon found other locations for such views, and one has been relatively productive (I'm touching wood, and hoping this doesn't jinx it forever more) for obtaining closer shots of the raptors.

So many things seem to be factors though, such as the weather, tourists now they're back, and of course the birds themselves. Thankfully on one day in April, conditions seemed to work out well enough, and I had a great view of a male hen harrier as he left what I believe is a nesting area, to head off hunting.

The Canon R5 did a stellar job of maintaining a focus lock on him too, so I ended up with a good few sharp shots of this stunning bird.

Goodness knows how many hours I've sat in other locations on Mull, hoping for such encounters, so to have obtained images like this one, already, is the stuff of dreams.

Now to get one perched...