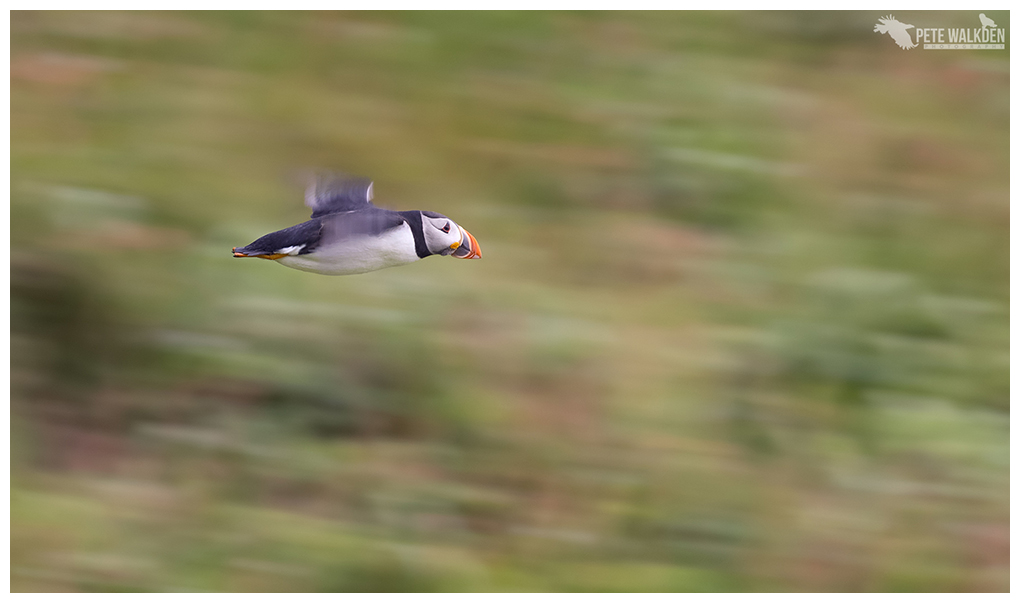 Puffins are one of the most difficult birds to photograph in flight. They're fairly small, fast flying, and can change direction quickly. Picking them up against the sky is easy enough, but against the sea or hillsides makes it much harder.

That is until I tested the Canon R5 on them, and the animal-tracking tech worked wonders. Locking on from afar, it tracks the bird against any backdrop, including other birds.

This ability meant I was able to try for some flight shots I'd never though possible before with puffins, and one was the panned, blurred background shot. To get the image to work, I had to pan the camera at the same speed as the passing puffin, dial in a shutter speed of just 1/100th sec and track it perfectly, so the head remains in sharp focus, blurring pretty much everything else.

I won't disclose the number of images I took that session, but trust me, I am very glad it wasn't on film!

With a textured background that created a motion blur effect, and the puffin still in focus, the image works, and takes this month's spot.