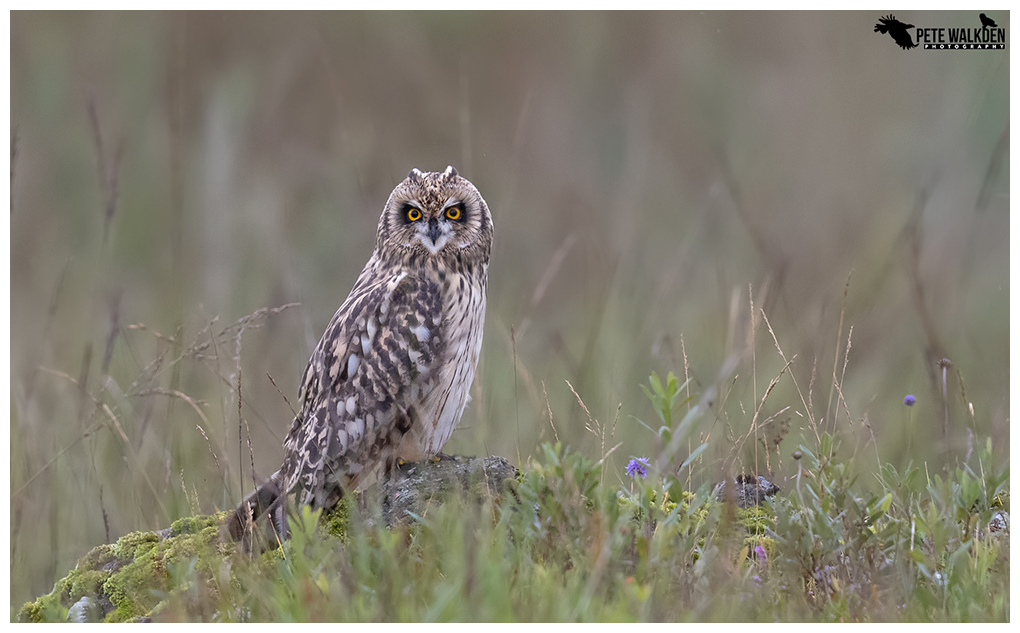 August was mostly spent enjoying Mull with friends. After working virtually every day since the island was opened up to visitors again, I wanted some time to relax, after all, we moved here for a better way of life, not to work myself into the ground.

That's not to say that I put the camera away, far from it. But when guiding for or with friends, there's less pressure to find species, and more time to simply enjoy the wonderful array of wildlife subjects here.

Much of the latter part of the month was spent watching two pairs of short-eared owls, as they expertly hunted the moors and marshes for prey to present to their growing owlets. This was fascinating to watch as the young became more mobile, initially giving their location away by their begging, hissing calls, and then eventually breaking cover, to fly to a more obvious spot, to attract the attention of their parents.

The image chosen here came from a calculated trip to see the owls. It had been wet, and the forecast suggested that it might ease off late afternoon. My friend Lyndsey Howard had been visiting that week and had become entranced by the short-eared owls, and as it was her last day on Mull, I thought it was worth the risk of an iffy forecast, in the hope of some owl action.

On arrival at the marsh, there was no sign of activity, but that was to be expected as it was still raining. But as soon as the drops eased, we spotted one of the industrious adults take flight and it began to hunt. Soon we were surrounded by sounds and sights of the owls, as the adults hunted, and the fledged owlets perching up, to beg for a meal. It was magical.

While most owlets chose to land on posts, this one perched up on a small rock, and I was fortunate to be relatively close by, to take a few shots before it flew elsewhere.

The breeding success of owls depends on vole populations, and I know they have peaks and troughs, so I made the most of this time watching and photographing the short-eared owls, as next year and several that follow, might not be as productive.

This young short-eared owl was one of four that were raised by one of the pairs, which is a fantastic feat, and shows just how skillful these owls are at hunting.