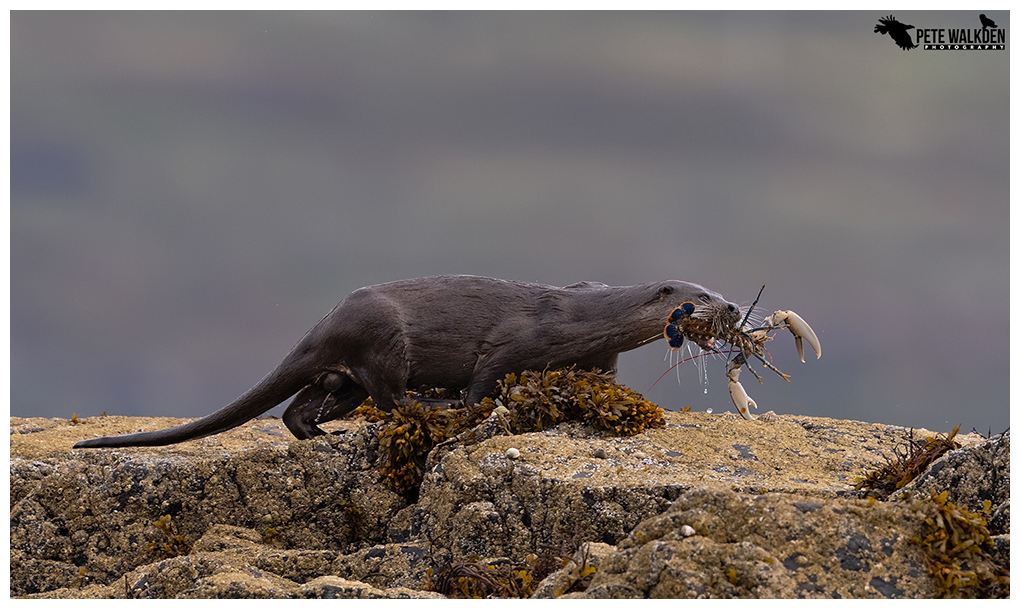 Since moving to Mull, each month has seen me taking thousands of images, of all sorts of wildlife here. Most months, I filter down the shots to my favourite few, and then choose the monthly image from that selection, and each time, otters have featured in the final few.

Being a fan of birds of prey though, has meant the otter images have missed out on featuring, but when you obtain an image of an otter, carrying a lobster, it usually stands out. Not always. Back in the early part of spring, I watched an otter cub bring ashore two lobsters, one after the other. But the light and distance to the otter meant the shots didn't have that x-factor.

However, during a workshop in September, we had tracked a dog otter along the shore for some time, and were at sea-level when he caught something, and headed to the rocks. This meant he was actually above us, and that allowed us to get the distant hills as a backdrop.

The backdrop to an image really can make or break it, and in this case, it's made it even better. The lobster wasn't the largest I've seen being caught and consumed, and the otter was off in search of more food, shortly after.

Made for a pretty good workshop encounter though!