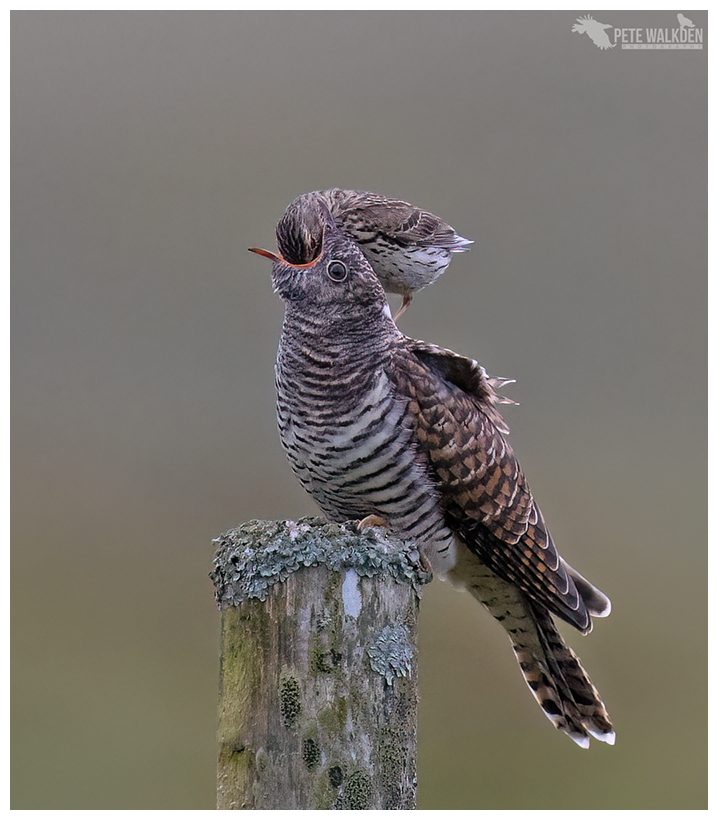 July's image comes from a day out following a multi-day workshop that had seen my clients enjoy fine views of a short-eared owl. Because I was guiding, I had put my clients in the best spot for photographing the owl, and by the time I had attempted to get a shot, the owl had moved.

So, after the workshop had ended, I returned to the location to try again. Unfortunately the owl had other ideas and of course didn't perch in the same spot, and after hunting, vanished from sight.

I went looking for it and that was when I spotted something else perched on a fence. A plump brown bird with a pair of pipits for company. Strange, I thought.

Then I looked at it through my binoculars and realised it was a juvenile cuckoo, and the meadow pipits were busy feeding it. Wonderful, a sight I had longed to see.

Parking safely, I returned with my big lens on a monopod, and gradually edged closer to the cuckoo, which was far too busy begging to be fed to notice me approaching.

I got fairly close after about an hour, and was able to get some interesting shots as the pipits actually landed on the back of the young cuckoo, to be able to push the food down its throat.

July also saw me get more images of an otter bringing ashore a lobster, but the uniqueness of the cuckoo image wins out here, and takes the monthly accolade. The otter images will soon feature in a separate article...